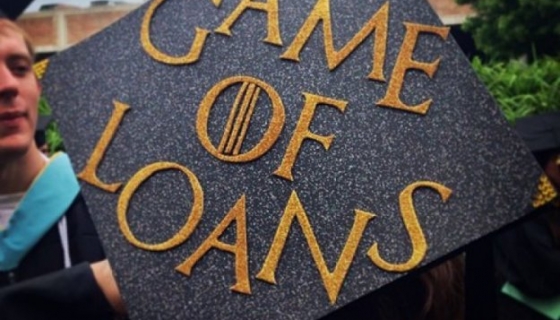 The Legislature of Student Debt

A Legacy of Gridlock

As a college student, reading through studentloanbilltracker.com — a compiled history of all the bills proposed to the house and senate regarding student debt — is fairly soul-crushing. The site lists 45 bills proposed between May of 2007 and March of 2016 which address student debt, only two of which have been passed. Those two bills only had riders that touched on student loans, one of which (the Bipartisan Budget Act of 2015) allowing debt collectors to “bombard” borrower’s phones even after borrowers asked to not be notified about their outstanding debts. So, there really haven’t been any bills specific to students loans passed into law in the last nine years. What makes this fact worse is that it’s not as if lawmakers haven’t tried; they tried 43 times.

Astride all of this information is a constantly-counting student loan debt clock. As I write this, the site’s clock stands at $1,456,457,617,473, though in the time that it took me to write my  introductory paragraph and transcribe that number, the clock progressed another $186,000 and change.

Recently there has been a great deal of discussion regarding potential changes in government student loan policy, a great deal of which was spurred by Senator Bernie Sanders’ position of total forgiveness, which compelled other presidential candidates and members of Congress to adopt student debt as a talking point. However, this discussion has yet to spur any progress towards action.

The history of student debt legislation and the lack of legislative progress in any direction resulting from the discussions surrounding it really colors the continuation of these discussions. It has always been too much of a divisive talking point to get any bill about it passed into law and now that different government policies on student debt are a common point of discussion, it’s an even more divisive topic. Students should know that it’s incredibly unlikely that any of the talked-about bills will come to fruition (save for the seemingly imminent repeal of the Public Service Loan Forgiveness program and the changes to loan forgiveness that would come with the proposed budget cuts, which, don’t get me wrong, are a very big change, and not in the directions students would like) and plan accordingly, as it’s unlikely that any help is on the way.

Sam Portelance is an English Major and Philosophy Minor at Dickinson College.

He’s working as an intern at CareerPath this summer, doing content creation for the platform.