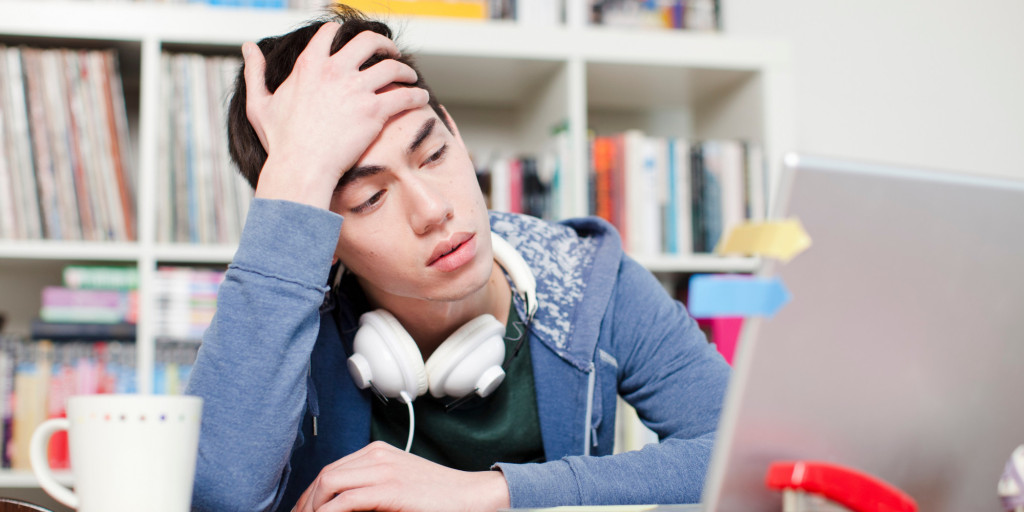 Bieber is blasting through the bluetooth speakers. Your parents are running around replenishing dips and hors d’oeuvres. The sun beats on the tent your friends and family are gathered under. Most importantly there’s a big, fat cake with Congratulations and your name written all across the top of it. You’ve finally done it. You’ve graduated high school, and now nothing can hold you back. Until suddenly, a family member sneaks up behind you and taps your shoulder. She smiles at you, and as she opens her mouth your stomach drops. You know what’s coming.

“So, what are you going to major in?”

Some people are born knowing what they want to be in life: a nurse, teacher, architect, engineer. The rest of us aren’t so lucky, but throughout the college application process students are constantly bombarded with reminders that they should be planning according to their major, intended major, or career path. This is, understandably, stressful for graduating high school seniors. At eighteen I certainly didn’t feel confident or qualified enough to choose any one field of study to focus on for four years, let alone one that would eventually lead into a career. I spent the summer dodging questions about my future studies or career goals and went into college undeclared. I feared that my lack of a clear plan put me a step behind the eight ball, but I still wasn’t able to decide what I wanted to do for the rest of my life.

I had a general sense of what I enjoyed. I liked English classes, history, and public speaking. I was a motivated student, and was eager to get involved on campus, but I didn’t know what I was ultimately there for. Did I want to be a journalist? An editor? Should I skip the humanities majors and go straight for the STEM route that, I hear, experts say is the “best” to land a job after school? It felt like all my friends had chosen their fields of study, and every adult was concerned that I didn’t know mine. But it was hard enough for me to commit to what I wanted for dinner every night, so how was I supposed to pick a major?

When I graduated high school there was a key aspect to the major-choosing process that I didn’t understand. I didn’t know that as someone who wasn’t interested in studies of a specific trade, like becoming a physical therapist or an accountant, picking a major didn’t mean I was deciding on the rest of my life. On many college planning websites the words “career” and “major” seem synonymous (they’re on the same tab at CollegeBoard.org, #scary), but picking your major does not pigeonhole you into one career. Choosing history major does not mean that you have to become a museum curator, nor does a major in math mean you’re going to be a teacher or banker.

A recent survey from CareerBuilder suggests that many students end up in careers that don’t necessarily reflect their college major. In a CBS News article responding to this survey, journalist Lynn O’Shaughnessy begins by writing, “College students tend to agonize about their choice of major, but it turns out that for many of these graduates it probably won’t matter.” Don’t get me wrong, this does not mean your major isn’t important. It just means that maybe you don’t have to stress over it as much as you may have been before. Choosing a major is still a huge commitment, but it isn’t exclusively responsible for what job you’re going to land after school.

In fact most colleges will give students until the spring semester of their sophomore years to make a decision on their majors. That allows for plenty of time to try out new courses and subjects that interest you, and the more you explore the easier it will be for you to find what really calls to you. As you try new classes you’ll get a more general idea of what you like and dislike, or maybe find an entirely new passion. You shouldn’t look at stepping on campus undecided on your major as making you less prepared than other students, but as an opportunity take classes you otherwise wouldn’t and to try something new.

So if you’re like me and afraid of the ‘major question’: don’t be anymore. When someone asks you what your major is, remember that it’s okay to be undecided. When you get to school pursue your interests, take courses that challenge and excite you, and the rest will fall into place.

Emily is a Creative Writing major with a minor in Philosophy at Trinity College in Hartford, CT. She is also a summer intern at CareerPath Mobile helping to develop content for our mobile student engagement platform.